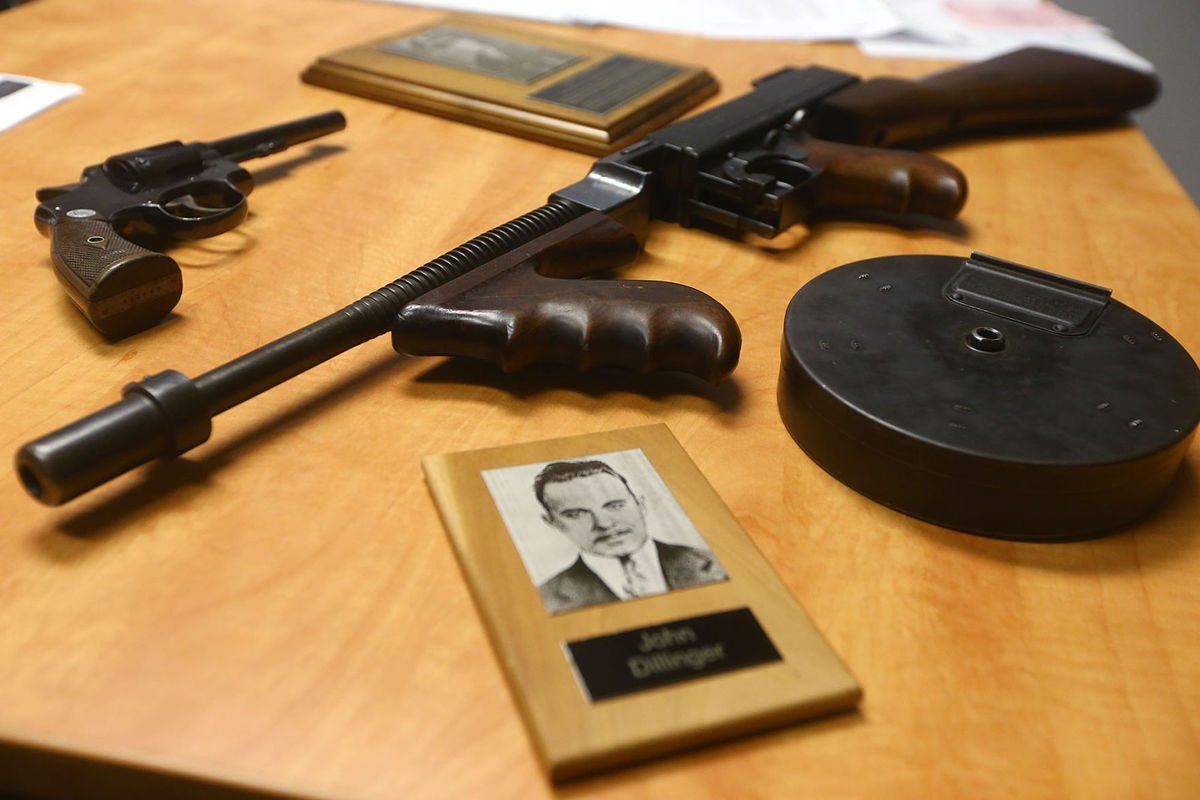 Timeline Of Pivotal Events For US Gun Control History

Gun control is one of the most polarizing issues in U.S. society. For nearly a century, legislation and U.S. Supreme Court cases have shaped federal gun policy. Following are some pivotal moments in that history:

1871 —The National Rifle Association is formed by two Union veterans who were disappointed by the lack of marksmanship by their troops. The goal of the group was to “promote and encourage rifle shooting on a scientific basis,” one of the veterans wrote in a magazine editorial, according to the NRA.

1927 — Congress passes the “Nonmailable Firearms Act of 1927, making it illegal to use the U.S. mail to ship “pistols, revolvers, and other firearms capable of being concealed on the person.” Exceptions were made for military, police and other official purposes. The penalty for violations was up to two years in prison and/or a fine of up to $1,000.

1934 — The National Firearms Act, the first comprehensive federal gun control legislation, is enacted, aimed at cracking down on the bloody gangland era of Al Capone, John Dillinger and others. The law imposed a $200 tax, which was considered prohibitive at the time, on machine guns and shotguns and rifles with barrels shorter than 18 inches. It also required the federal registration of these types of firearms. The act was part of President Franklin Roosevelt’s “New Deal for Crime.”

1938 — The Federal Firearms Act of 1938 takes effect, requiring firearms licenses for gun dealers, manufacturers and importers. It compelled sellers to keep customer records and banned sales to some people, including convicted felons.

1939 — The U.S. Supreme Court, in U.S. v. Miller, rules that a short-barrel shotgun is not a weapon protected under the Second Amendment.

1968 — The assassinations of President John F. Kennedy, the Rev. Martin Luther King and Sen. Robert Kennedy lead to the Gun Control Act of 1968. It created new categories of firearms crimes, banned the sale of firearms and ammunition to felons and other prohibited groups of people, and imposed federal jurisdiction over “destructive devices,” including bombs and grenades, according to the Bureau of Alcohol, Tobacco, Firearms and Explosives.

1986 — The Firearm Owners’ Protection Act amends the 1968 law, relaxing some gun control measures. It limited ATF inspections of sellers to once a year, repealed some record-keeping requirements for the sale of ammunition, prohibited the government from establishing a national registry of gun owners, and permitted gun dealers, importers and manufacturers to do business at temporary locations, such as gun shows.

1993 — The Brady Handgun Violence Prevention Act of 1993 requires federal background checks before a firearm can be purchased from a federally licensed dealer, manufacturer or importer. The National Instant Criminal Background Check System, which is maintained by the FBI, conducts the checks. The law is named after James Brady, who was seriously wounded in an assassination attempt on President Ronald Reagan in 1981 when he was serving as White House press secretary. Reagan and two others also were shot. Brady died in 2014.

1994 — Congress passes a 10-year ban on the manufacture, transfer and possession of new semi-automatic assault weapons. The ban was part of the Violent Crime Control and Law Enforcement Act of 1994, which also banned certain large capacity ammunition magazines. The measure applied only to weapons manufactured after the ban was enacted, and it expired in 2004. Numerous efforts to renew it have failed.

2003 — The Tiahrt Amendment, proposed by Todd Tiahrt, a Kansas Republican, bars the ATF from publicly releasing information about where criminals bought their firearms.

2005 — President George W. Bush signs the Protection of Lawful Commerce in Arms Act, prohibiting gun manufacturers and dealers from being named in civil lawsuits in federal and state courts when crimes are committed involving their firearms.