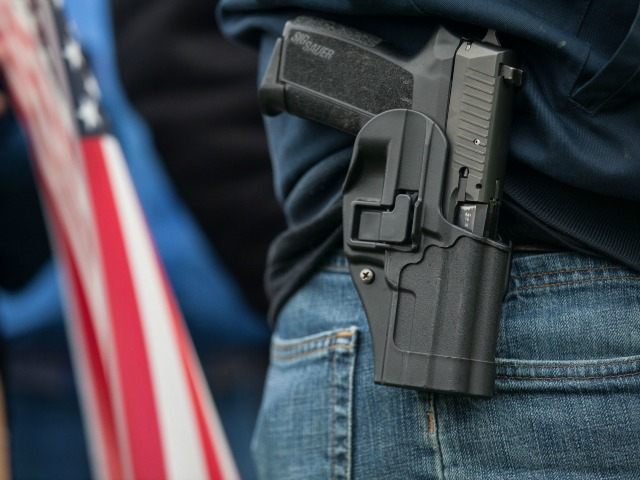 Rep. Richard Hudson, R-N.C., told USA TODAY the shootings at a Las Vegas concert and Texas church have only intensified his colleagues and constituents’ interest in the Concealed Carry Reciprocity Act. House leaders assured him this week that they are committed to getting the bill to the House floor for a vote before the end of the year, he said.

For many Americans, he said, the horror of the shootings reinforced the belief that carrying a concealed weapon is an important way to protect and defend themselves.

“If anything, the tragedy in Texas underscores why we need to protect law abiding citizens who choose to defend themselves with a concealed weapon,” Hudson said. “It certainly hasn’t changed the timeline. My colleagues have been asking me all week, ‘Are we going to be moving your bill? This is important.’”

A gunman opened fire in a church in Sutherland Springs, Texas, on Nov. 5, killing 25 people including a pregnant woman whose unborn baby also died.

The bill would require each state to recognize concealed carry permits from every other state — as they would a driver’s license — regardless of different permitting standards. Residents of several states requiring no permits would be able to carry their weapons in other states that allow concealed carry, as long as they abide by local laws.

Timeline: How Congress has responded to mass shootings

The NRA has lobbied intensely for the bill, urging for its passage as part of its response to the Las Vegas shooting in October that killed 58 people and wounded more than 500. They say it would eliminate a confusing patchwork of state concealed-carry laws and reciprocity agreements that can cause a law-abiding gun owner to unwittingly break the law while traveling out of state.

“The underlying question is, should you lose your right to defend yourself when you cross the state line?” NRA lobbyist Chris Cox said in an interview with USA TODAY last spring.

“If I drive from my home in North Carolina through Virginia to D.C., I don’t have to stop at the state line and take a new driver’s test, get a new license,” he said.

Gun control advocates say forcing states with strong permitting standards to honor permits from those with weaker ones will endanger public safety and make it harder for police to enforce gun laws. While every state and the District of Columbia allows the carrying of concealed weapons in some form, 38 states generally require a state-issued permit to carry in public and the remaining 12 generally allow gun owners to carry concealed weapons in public without a permit, according to Giffords Law Center.

Last month, 17 state attorneys general opposed the bill in a letter to House and Senate leaders, arguing it would override local public safety decisions and endanger communities and police.

“Rather than creating a new national standard for who may carry concealed firearms, these bills would elevate the lowest state standard over higher ones and force some states to allow concealed carry by people who do not qualify under their laws,” wrote the attorneys general, led by Eric T. Schneiderman of New York.

Hudson said criticisms of his bill are “emotional concerns” and “the facts just don’t bear it out.” His bill does not increase access to weapons or expand the places where people can carry weapons.

“We were careful to recognize the rights of states and municipalities to set their own restrictions,” he said. “If (New York City) bans concealed carry in Time Square, concealed carry holders would have to follow that law.”

A similar Senate bill by Sen. John Cornyn, R-Texas, has 38 Republican co-sponsors. An earlier version of Cornyn’s bill came within three votes of advancing in 2013. The measure needed 60 votes but failed 57-43.

“I do think we’ve got a chance,” Hudson said.