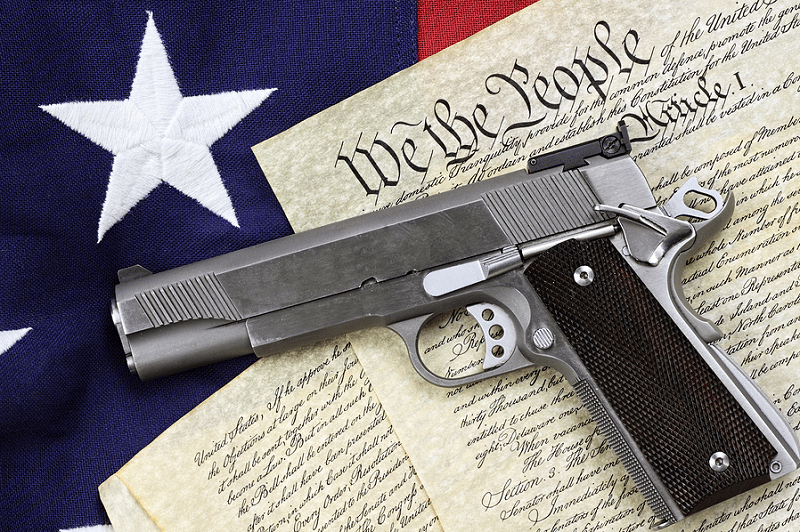 Castle Doctrine vs. Stand Your Ground: What’s the Difference?

The Castle Doctrine and Stand Your Ground are common questions related to many gun owners. Earlier this month a man named Jerad Jones shot and killed his brother-in-law in Weston, Wi., because, according to his lawyer, he feared for his life and the lives of his sister and her daughter.

As the shooting took place in Jones’s home, the defendant and his lawyer are hoping to appeal to Wisconsin’s castle doctrine law, which allows for the use of deadly force in the home if a person “reasonably believed that the force was necessary to prevent imminent death or bodily harm to himself or herself or to another person.”

Jones’s version of events seems like a clear-cut case of self-defense, except for one wrinkle: Jones’s brother-in-law also lived in the home in which the incident took place. Wisconsin’s castle doctrine specifically requires the “unlawful or forcible entering” of a person’s property before the law can be applied.

While the evidence suggests Jones actually feared for his life, his case illustrates the complicated nature of nearly every self-defense situation. Did Jones have a duty to retreat from his own home just because his brother-in-law also happened to live there? Doesn’t he have a right to defend himself and his family?

Wisconsin’s judicial system will decide these questions in the coming weeks and months, but it’s important for every gun owner to understand the basic framework of self-defense laws in the United States. The requirements for justifiable homicide differ wildly from state to state, but understanding three basic terms will allow you to categorize—in a general sense—your obligations and duties if you find yourself fighting for your life.

The most important term to understand is “duty to retreat.” The other two terms—castle doctrine and “stand your ground”—won’t make sense unless you know what it means to have a duty to retreat.

States formulate this idea in a variety of ways, but Article 35 of New York’s penal code sums it up nicely: an “actor may not use deadly physical force if he or she knows that with complete personal safety, to oneself and others he or she may avoid the necessity of so doing by retreating.”

Generally speaking, the difference between castle doctrine laws and stand your ground laws lies in the location in which you have a duty to retreat. We’ll start with the castle doctrine.

The castle doctrine originated in England around 1600. It gets its name from the famous maxim “a man’s house is his castle,” which has become one of the most deeply rooted principles in Anglo-American jurisprudence. The castle doctrine gave individuals the right to protect their homes using deadly force without being obligated to retreat.

English citizens at this time felt the need to protect themselves from intrusion by the government, by the King, and by criminal strangers. They developed the castle doctrine so that even the “poorest man” living “in his cottage” would possess the right to defend himself and his family without fear of criminal prosecution.

The castle doctrine has existed in American common law for centuries. While it was not codified (to my knowledge) until the 20th century, it has always protected Americans who must defend their homes, and it even informed the Fourth Amendment, which protects people, their homes, and their property against unreasonable searches and seizures by the government.

In the 1980s a handful of states passed what became known as “make my day laws.” These laws simply codified what Americans have always believed about a person’s right to defend his or her home. Colorado’s castle doctrine law, for example, gives a home’s occupant the right to use deadly force if they believe the intruder intends to commit a crime or use physical against them. It does not require a duty to retreat. Even if the occupant has the ability to run out of the home, they are not required to do so before using deadly force.

Most castle doctrine laws are similar to Colorado’s, and many states have some form of the castle doctrine on the books. While a person may have a duty to retreat outside of the home, they do not have the same duty inside.

These laws came under intense scrutiny in 2013 when a Florida man named George Zimmerman fatally shot an African-American teenager named Trayvon Martin. Though Zimmerman argued for his innocence on the basis of self-defense—not on the basis of stand your ground— the anti-gun media took the opportunity to criticize Florida’s self-defense law. The courts acquitted Zimmerman of all charges, which, thanks to the media, prompted nationwide protests.

What’s Legal in my State?

I intentionally neglected to provide a list of states under each category. State law is complex, and each state includes different language that seeks to address a wide variety of scenarios. If you want to know whether you live in a castle doctrine-only state or a stand your ground state, I suggest following these steps:

Talk to a lawyer. This is the best move. Deciphering the law can be difficult, and these folks are trained to do just that.
Do the research. Don’t trust spammy websites like findthelawnow.com. You need to find the actual law on an official government website. Start by Googling “[state name] stand your ground.” You’ll likely be able to find a news article that lists the specific section of the penal code dealing with justifiable homicide or self-defense. Read that section and make sure you understand it.
Consider getting CCW Insurance. There are several providers out there, but none more respected than our friends over at USCCA. Make sure to check them out.
Conclusion

The most important question you need to answer is, “Where do I have a duty to retreat?” If you know the answer to that question, you’re well on your way to understanding the self-defense laws in your state.

About the Author: Jordan Michaels is a new convert to the gun world. A Canadian immigrant to the United States, he recently became an American citizen and is happily enjoying his newly-acquired Second Amendment freedoms. He’s a communications professional, a political junkie, and an avid basketball fan.