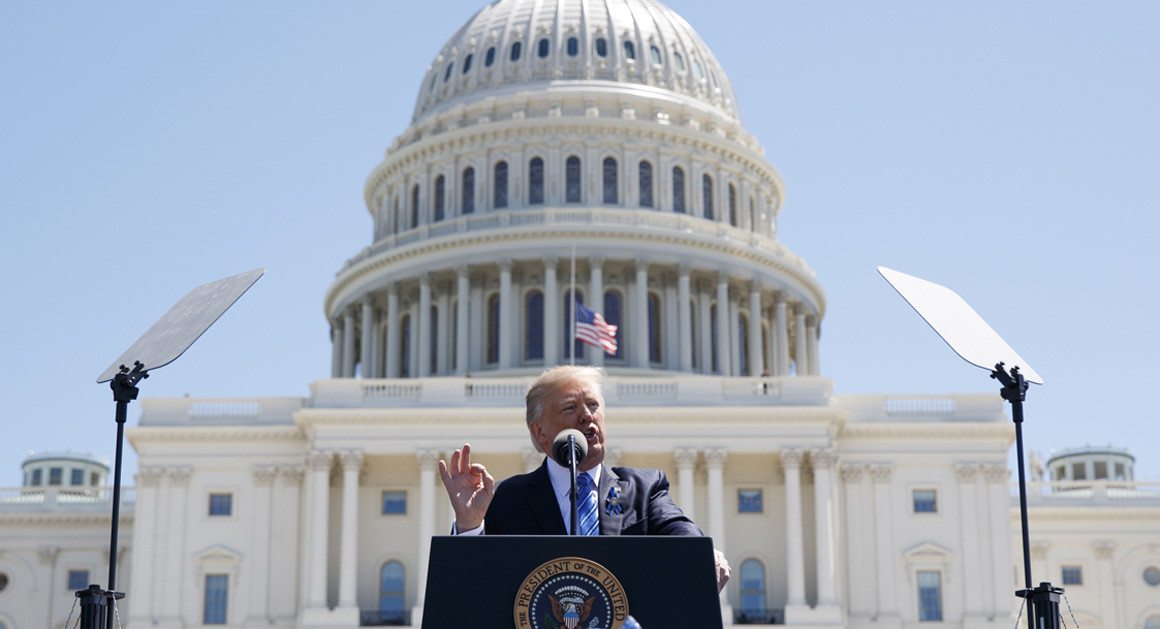 President Trump is signaling an openness to the idea of raising the minimum age for purchasing certain firearms in the wake of last week’s school shooting in Parkland, Fla., where a 19-year-old is accused of killing 17 teachers and students with an AR-15 rifle.

A White House source told Fox News that Trump is open to a number of measures to address mass shootings, including supporting a rise in the minimum age for owning certain firearms – a proposal that could face resistance from gun rights groups, like the National Rifle Association.

It’s not clear if Trump would seek changes to federal laws, the source said, or if he would advocate for a change at the state level.

During Tuesday’s White House briefing, Press Secretary Sarah Sanders was asked about raising the age for buying AR-15s and said, “I think that’s certainly something that’s on the table for us to discuss, and that we expect to come up over the next couple of weeks.”

She said the administration is working to determine what can be done at the federal level.

“I know there are currently laws in place in certain states that restrict that,” she said. “In terms of whether or not we make that federal policy, that hasn’t yet been determined.”

The NRA has not yet publicly commented on the trial balloon. But the discussion could be a test for Trump’s loyal base, as many of his supporters generally oppose new restrictions that would affect law-abiding gun owners. Yet Trump has flouted traditional conservative positions in the past, and could be testing whether he could sway certain wings of the party.

At the same time, he may be wary of going too far.

The talks come as the NRA’s executive vice president, Wayne LaPierre, is expected to address conservative activists at the annual Conservative Political Action Conference outside Washington this week.

Trump, who was backed by the NRA during the 2016 election, has expressed support for the Second Amendment and said he’s against reflexive gun control measures that wouldn’t stop tragedies.

But since last week’s shooting, the president has begun to embrace new gun restrictions.

A memo, released by the White House on Tuesday, directs the DOJ to propose a rule “banning all devices that turn legal weapons into machineguns.”

Sanders said the White House hasn’t “closed the door on any front” when it comes to trying to stop mass shootings and said Trump supports efforts to improve the federal background system.

Trump on Tuesday tweeted, “Whether we are Republican or Democrat, we must now focus on strengthening Background Checks!”

The president on Wednesday is hosting parents, teachers and students at the White House to discuss efforts to ensure safety at schools.

Among those attending will be members of the Parkland community and those affected by the Sandy Hook and Columbine school shootings, the White House said.